- Scroll down for the Rules of the game.

Sheepless Nights is an entertaining and educational (math) cardgame for kids (5+) and grownups.

Sheepless Nights helps your kids improve the ability of count. Not only fun for kids but also for their parents. The kids math cardgame provides you the time playing together with your children and make good communication with them. If you want your child enjoy learning math, there's no other better choice except for Sheepless Nights.

"If you ignore this game because you think it's just a kids' card game, you are missing out. It's equally fun for adults too. The rules of the game are unique, and you hardly notice you're doing math. You find yourself groaning when you receive a black sheep, and cheering when you are able to give it an opponent. I find myself whiling away the time playing this game. Fun!"

Rules of the game:

Each player will try to be the first to lose his cards. Remaining cards left

in the players hand  will count as points.

The remainder of the deck will be left face down. One sheepcard will then be revealed.

The player will take one of the following actions:

Then it's the next player's turn.

Action 1 - Play out an equal sheepcard

The player will take one of the cards out of his hand with an equal value of the card showing and place their card on top on the pile.

Action 2 - Play two sheepcards by adding up the numbers.

A player can play two sheepcards at one time by calculating the value of the two cards in their hand and place them on the table pile.

For instance you can play a 1 and a 5. This is possible:

The special cards are: black sheep, the sheppard, the wolf and the lucky lamb. You can play these cards by putting them on the second table pile. The next action depends on the kind of special card you played...

A lucky lamb can either take a value of any number from 1 to 10 when it is used in a sum or serves as an equal sheepcard.

This card can be played at any time if the previous player did not play the card. If a player plays this card then he will put it on the second table pile. The next player can only play an equal card (action 1) or take a card of the deck (action 4).

When the last card is played then the previous played cards will be automatically shuffeled and will make a new table pile.

A round is finished when a player has put his last card on the table pile or when he has only black sheep left. After this the points will be counted.

For each player the remaining cards in their hand are added up:

The game is finished after 4 rounds. The player with the least points wins the game! 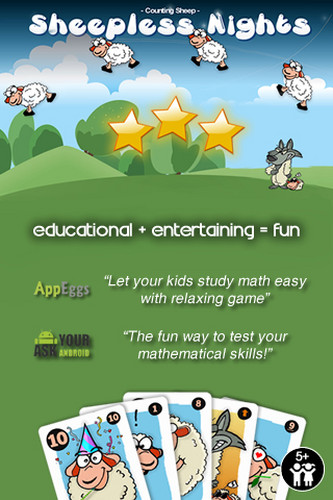 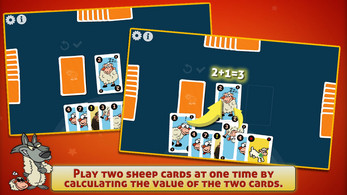 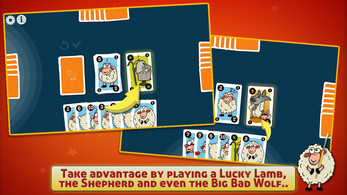 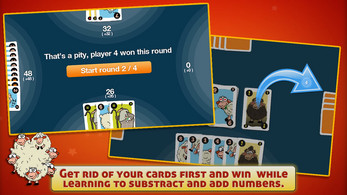 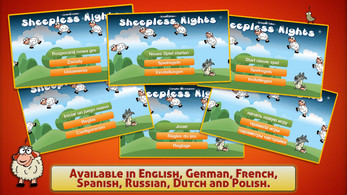 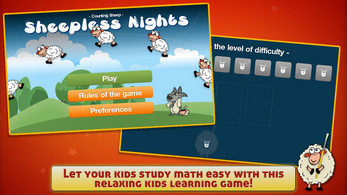